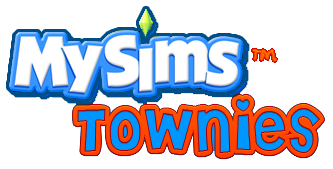 MySims Townies is in the MySims Series. It was designed, produced and manufactured by Tardisgirl98 Games and performs on both Nintendo Wii and Nintendo DS. The concept of the game is similar to the original MySims with tasks and essences, but the content of the game is very much like MySims Agents due to very similar dialogue boxes and a similar styled map with places you can travel to by Subway. A sequel game, MySims Townies 2 has been developed.

Retrieved from "https://mysimsfanon.fandom.com/wiki/MySims_Townies?oldid=60195"
Community content is available under CC-BY-SA unless otherwise noted.